One way to control access to a mailbox with Exchange ActiveSync is to restrict a user to a specific device ID (or more than one), as described in this TechNet help page. The prerequisite listed on the page is only that the user be enabled for EAS. You will find, however, that if you list one or more device IDs in the ActiveSyncAllowedDevicesIDs property and attempt to sync with a device that is not in the list, it will still be able to.

The reason for this is not explained clearly in Microsoft documentation, but can be inferred by this good post on the Exchange blog. It details the flow logic when a device is accessing a mailbox and the order in which permissive and preventive access is handled. This image from the post sums up the flow: 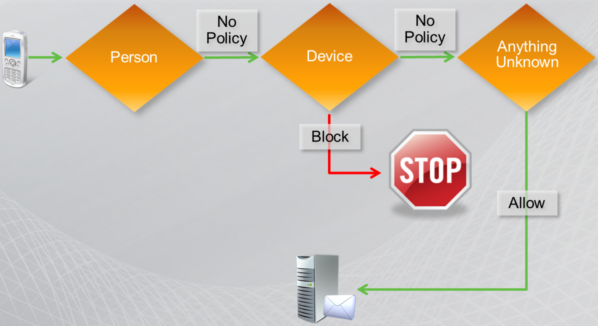 To understand the action taken by Exchange when a device attempts to synchronize, I have made my own flowchart (click to zoom): 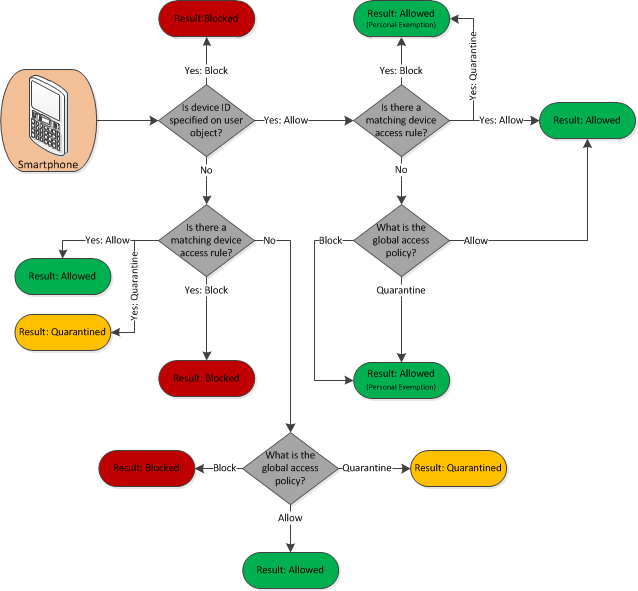