Getting WM6 on my Cingular 8125 proved to be a much more vexing challenge than I anticipated, especially considering the development for it over at xda-developers.com.  The main issue was getting the 8125 CID Unlocked, which allows non-home carrier ROMs to be installed.  Running a multitude of tools to unlock the device resulted in failure but I couldn’t figure out why because it was supposed to work, especially on the Wizard.

Then I found this post on xda-developers.com which indicates that Wizards that have been upgraded to Windows Mobile 5 with AKU2 (notable for the DirectPush functionality) have the portion of the DOC (Disk on Chip) that stores the carrier ID set to read-only.  Faria’s instructions show how to successfully CID Unlock the device by first downgrading the ROM to a non-AKU2 version.  Of course, it can’t be any ROM since the CID is still locked, so it has to be one from Cingular or something cooked.

I could not find anywhere the Cingular 1.8 ROM that is recommend to use.  I trolled Google, AT&T forums, xda-developers, Google Groups, but the binaries had been pulled awhile ago.  The other option was a cooked ROM that doesn’t check for a carrier ID.  Again, I could not find the one mentioned, until I found a forum post that linked to another post on a French forum where the ROM is available.  That took awhile to download.

After finally having all the pieces necessary, I was able to downgrade this morning, CID Unlock the device, upgrade the IPL/SPL, radio, and finally Faria’s WM6 ROM: 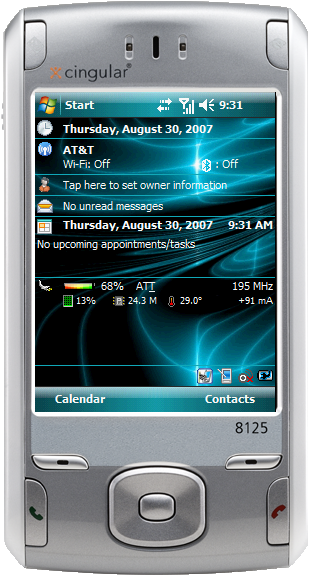 Combining information and steps from a several different topics at xda-developers and elsewhere, this is what I did: