This video has been sitting in my temp directory since July, 2005.  I figured some day I would get to it, and since I am cleaning my temp directory, that day is today.  The video is a clip from an HBO comedy performance where the comedian mimes actions to Natalie Imbruglia’s "Torn."  He does it with amazingly smooth transitions from each action to the next, not to mention how he choose to mime certain words. 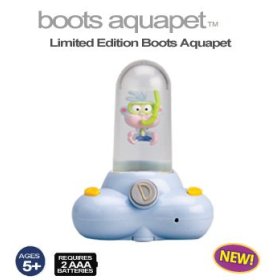 A coworker brought this to my attention today, wondering about the highly suggestive nature of the toy. I don’t consider myself to be a crude person, but it didn’t take me more than one glance to recognize the dirty overtone the product implicitly conveys. I am a fan of Boots as much as any other parent/fan of Dora the Explorer, but this is taking “spank the monkey” a little too far.

My mother sent me this chain letter in June. Whether it was because it reminded her of what my brother and I were like as youngsters, or that she is warning me about my own sons, I don’t know. It is still humorous to read, especially if you have boys and can relate to even one item in the list.

Things I’ve Learned From My Boys

I am not sure if I am supposed to take this as an insult or a compliment.  All I know is I dance way better than this guy.  For those that don’t know, the comparison is because I ride a 1983 Honda Nighthawk 550.

Biker dancing to My Humps

This was forwarded to me by a coworker. And since I can relate being old at the ripe age of 32, I found this to be quite funny.

When I was a kid, adults used to bore me to tears with their tedious diatribes about how hard things were when they were growing up; what with walking twenty-five miles to school every morning, uphill BOTH ways..yadda, yadda, yadda.  And I remember promising myself that when I grew up, there was no way in heck I was going to lay a bunch of crap like that on kids about how hard I had it and how easy they’ve got it!

But now…I’m over the ripe old age of thirty, I can’t help but look around and notice the youth of today. You’ve got it so easy!  I mean, compared to my childhood, you live in a utopia! And I hate to say it, but you kids today don’t know how good you’ve got it!

I mean, when I was a kid we didn’t have The Internet. If we wanted to know something, we had to go to the darn library and look it up ourselves, in the card catalog!!

There was no email. We had to actually write somebody a letter – with a pen! Then you had to walk all the way across the street and put it in the mailbox and it would take like a week to get there!

There were no MP3’s or Napsters. You wanted to steal music, you had to hitchhike to the darn record store and shoplift it yourself.  Or you had to wait around all day to tape it off the radio and the DJ would usually talk over the beginning and mess it all up!

We didn’t have fancy crap like call waiting. If you were on the phone and somebody else called, they got a busy signal…that’s it.

And we didn’t have fancy Caller ID boxes either. When the phone rang, you had no idea who it was!  It could be your school, your mom, your boss, your bookie, your drug dealer, a collections agent, you just didn’t know. You had to pick it up and take your chances, mister!

We didn’t have any fancy Sony Playstation video games with high-resolution 3-D graphics. We had the Atari 2600, with games like "Space Invaders" and "Asteroids," and the graphics sucked! Your guy was a little square. You actually had to use your imagination. And there were no multiple levels or screens, it was just one screen forever. And you could never win.  The game just kept getting harder and harder and faster and faster until you died…just like LIFE!

When you went to the movie theater there no was such thing as stadium seating.  All the seats were the same height!  If a tall guy or somebody with a big hat sat in front of you and you couldn’t see, you were just screwed!

Sure, we had cable television, but back then that was only like 15 channels and there was no on-screen menu. You had to use a little book called a TV Guide to find out what was on.  There was no Cartoon Network either. You could only get cartoons on Saturday morning.  Do you hear what I’m saying? We had to wait all week for cartoons, you spoiled little rats!

That’s exactly what I’m talking about. You kids today have got it too easy. You’re spoiled.
You guys wouldn’t have lasted five minutes back in 1980!

As a youth of the 80s, New Wave music was all the rage (well, at least one of them). I distinctly remember this video from Information Society. Looking at it today shows how truly bad the video is; I think I can lip sync better. But it is still memorable to watch: